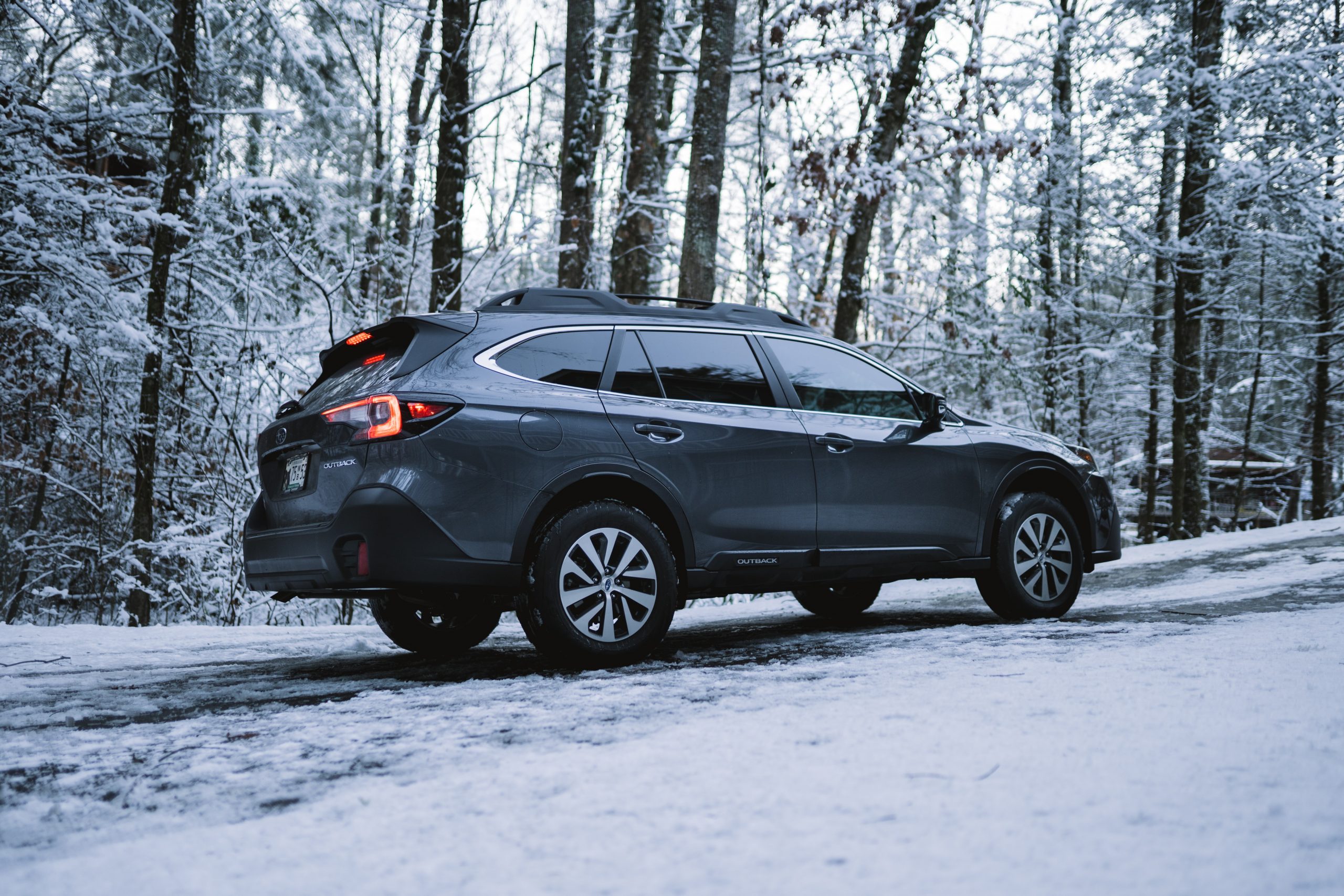 Subaru has built a solid reputation over the years for building safe, reliable vehicles that are capable in a variety of environments and locales. A big piece of Subaru’s reputation comes from their Symmetrical All Wheel Drive system that comes standard in almost all of their models. But what makes Subaru’s all wheel drive so special? Lots of cars and trucks have all wheel drive, right?

In the early 1950’s, a Japanese company was formed from several smaller manufacturing companies shortly after the second world war called Fuji Heavy Industries. Fuji’s first President and CEO, a man named Kenji Kita, saw an opportunity for the new company in the production of automobiles. It was decided that the new line of automobiles would be called Subaru, named after the Japanese word for the Pleiades constellation, with the first Subaru models rolling off the line in 1954. Subaru’s first production models were mostly unremarkable until they launched the FF-1, in their 10th year of business, which was the first model to feature Subaru’s trademark horizontally opposed four cylinder engine.

While the Subaru FF-1 was a front wheel drive vehicle at launch, the story of Subaru’s impressive all wheel drive system started with this small sedan. The original FF-1’s remarkable traction in the snow caught the attention of the Tohoku Electrical Company in northwest Japan. At the time, the company was using Toyota’s Land Cruiser for electrical work but found the Subaru FF-1’s wagon variant to be more accommodating. Eventually, a Tohoku employee approached a local Subaru dealership with the idea to create an all wheel drive version of the FF-1, which would be better suited to their needs, and it didn’t take long for this idea to make its way to Subaru’s headquarters.

Based on the feedback from the Tohoku Electrical Company, Subaru launched their first all wheel drive vehicle, the Leone, in the Fall of 1971. The Subaru Leone was the first of its kind: an affordable, mass produced, highly capable, passenger car featuring their now famous four wheel drive. The Leone was the first big hit for the company and was able to beat Subaru’s competition worldwide in all manner of weather conditions.

While Subaru was finding consumer success, it was during the production run of the Leone that an employee of Fuji Heavy Industries by the name of Noriyuki Koseki began competing in rally racing using an FF-1 that he helped build. In 1980, with the success and popularity of the Leone solidified, he and a collection of other drivers came together to form the Subaru Rally Team.

The Subaru Leone was a capable platform but the Subaru Rally Team didn’t truly start turning heads until they began using a brand new vehicle in 1989, the Subaru Legacy. It was with this new sedan, and the addition of a Scottish rally driver by the name of Colin McCrae, which led the Subaru Rally Team to make a name for themselves in the world of rally. Though they placed highly in many of the world’s biggest rally events, it wasn’t until 1993 that Subaru struck gold with Colin McCrae taking first place over the dominant Ford Escort RS Cosworth at Rally New Zealand.

With their 1993 win over Ford, Subaru retired the Legacy from the world of rally racing and replaced it with the new, lighter, smaller, and faster, Subaru Impreza. But before we can dive into the success of the Impreza, there are a few things we need to mention that have brought us to this point.

Noriyuki Koseki, the Subaru employee I mentioned earlier, didn’t just drive for the Subaru Rally Team. He also founded Subaru’s motorsports division known as STI, or Subaru Tecnica International. It was under the supervision of Koseki, that STI made many modifications and improvements to the Subaru Leone in the early stages of Subaru’s rally career.

Then, during the era of the Subaru Legacy, STI partnered with the British motorsports and engineering company ProDrive to modify and improve the Legacy for rally competition. When it came time for Subaru to design and build their new Impreza sedan, they leaned heavily on this partnership to build a car that would be unstoppable in the world of rally racing.

Early versions of Subaru’s all wheel drive system, as seen in the Leone and the Legacy, featured a symmetrical design with equal length axles for all 4 wheels. This system provided power to the front and back wheels equally and, in later versions, utilized limited slip differentials to ensure each wheel was receiving power equally. While many automakers have utilized part time all wheel drive systems in a variety of vehicles, these only engage when needed or when determined by the driver, Subaru’s system is fully engaged at all times. All of this paired with Subaru’s signature flat four engine, which sits lower and towards the middle of the car, made for a lightweight and extremely balanced car that is unstoppable in almost any condition.

When it came time to design the Impreza, Subaru once again worked closely with STI and ProDrive to develop new technology and push the limits of their platform with the ultimate goal being rally domination. The Impreza now had an active center differential in its all wheel drive system which was paired with a state of the art electronic system that could transfer power to the front or back wheels depending on the environment. They also made significant improvements to the engine, turbo system, and brake system that led to a more powerful and nibble car.

50 Years of All Wheel Drive Excellence

Many of the technologies that went into the Subaru Impreza in 1993 still form the foundation for almost all of the cars in Subaru’s lineup today. That’s how ahead of the game they were in the 90’s. It’s also worth mentioning that Mitsubishi was competing in rally racing during this time period utilizing a similar strategy to Subaru. Mitsubishi’s Gallant and Lancer mirrored the technology and capabilities of Subaru’s Legacy and Impreza. While Mitsubishi had its own share of rally success, it was Subaru’s cutting edge technology and push for innovation that led the Subaru Rally Team to six World Rally Championship titles and 46 total rally wins from 1993 to 2008.

Although you might not be tackling a grueling off-road rally stage every time you go out for a drive, Subaru’s all wheel drive technology, designed and developed for rally racing, is one of the best on the road to this day. It has been a huge key to the success of Subaru both in motorsports and in their line-up of consumer vehicles, which are some of the safest and most versatile vehicles on the market. You have to admit, that’s pretty Nifty.

As always, thanks for reading! I’m considering making a podcast series based on things that I find interesting such as this. If you made it this far and you found my article to be interesting as well, please let me know in the comments!

Also, feel free to check out some of my other articles which cover a variety of topics from DIY, to backcountry adventures. Thanks!